1. The Belfast Telegraph is reporting that the former Harland & Wolff drawing offices (closed since 1989)have a new lease on life. There is now a plan for a 84-room boutique hotel and using the space to “tell the story of Belfast’s industrial heritage, focusing on the Board Room, Telephony Room and Entrance Lobby.”
Source:Luxury Hotel Has Designs On Derelict Titanic Offices In Belfast(18 Feb 2015,Belfast Telegraph)

2.A statue to Titanic captain Edward J. Smith stands in Lichfield but how it came to be there is an interesting story. Locals did not pay for it but wealthy Americans and Britons. And its placement in Beacon Park was not without disagreement. Locals did not like a statue being paid for by wealthy Americans who sailed on a British ship. The statue was put up anyway but omitted any reference to Titanic until much later. Today of course it is a popular stop for tourists.
Source:The Way We Were: Controversy surrounding the statue of Titanic captain Edward Smith(The Sentinel,18 Feb 2015)

Here are some news stories that close out November.

1. Woman Shares Family’s Titanic Tale With Tenth Street Students(30 Nov 2013,Times Leader)
Students in fourth grade at the Tenth Street Elementary School were treated to a guest speaker recently. The students learned about the events of the sinking of the Titanic from Mae Thomas.Thomas, a child of a Titanic survivor, shared her mother and infant brother’s survival story aboard the Titanic, along with many other stories.

2. Belfast’s Odyssey Gets Go-Ahead For Extension That Could Create 1,000 Jobs(29 Nov 2013,Belfast Telegraph)
Odyssey Trust’s plans to build next to the existing Odyssey Arena and Pavilion come just weeks after Belfast Harbour won planning permission for an office development at City Quays. With an application lodged by Titanic Quarter Ltd for yet another development, the entire Belfast Harbour area is set for a major growth spurt. The scheme has space for nearly 800 apartments, two hotels, shops, cafes, bars and restaurants and “community and cultural use” space, according to planners Turley Associates, which acts for Odyssey Trust.

3. Tracing a Precious Relic of the Titanic(28 Nov 2013,New York Times)
A hundred years later, the solid gold Waltham pocket watch, purchased in 1907 and engraved with the initials J.J.A., has become an object of controversy. John Miottel, a collector in California, says he bought it 15 years ago. But in March an heir of the Astor family announced that he owned a watch carried by John Jacob Astor IV at the time of his death, according to reports published in The New York Post, The Daily Mail of London and elsewhere. Mr. Miottel, a real estate investor in Northern California who collects luxury ocean-liner memorabilia, said in a phone interview that he bought the Astor watch “in 1997 in a small auction house in Asheville, North Carolina, around the 85th anniversary of the Titanic’s sinking when all the Titanic fans were celebrating aboard the Queen Mary in California.” “The ironic thing is that almost nobody, including the Astor Foundation, knew about this watch at the time,” added Mr. Miottel, who owns two other Titanic-related watches. “There would have been a lot more bidders if they had.”

1. Titanic Pigeon Forge will be hosting a fireworks display on Thanksgiving Day (28 Nov 2013) at 7:30 p.m. to kick off the holiday season.“It will be the largest fireworks event of the year on the Smoky Mountain Parkway, and we look forward to celebrating a joyful evening with our community friends and neighbors.” announces John Joslyn, expedition leader of the first private exploration dive to Titanic and co-owner of the Titanic Museum Attraction.” For information and tickets go to titanicpigeonforge.com or call 800 381-7670.
Sources:
1. Thanksgiving Fireworks Light Up The Sky At Titanic Museum Attraction In Pigeon Forge
(29 Oct 2013, Chattanoogan.com)
2. Titanic Pigeon Forge (website)

3. Titanic:The Experience will be hosting a fashion competition tied in with tv show “Project Runway” on 6 November from 3 p.m. to 5 p.m. The theme is Edwardian fashions. Further information is at titanictheexperience.com/orlando or call 407-248-1166.
Source: Titanic The Experience To Host Fashion Competition(29 Oct 2013,Orlando Sentinel)

*Clive Palmer’s robotic dinosaur park has been approved but not without vocal opposition by local residents reports Fox News. Palmer had sought approval for erecting up to 160 animatronic dinosaurs at his Coolum Resort. The exhibit will include “five Tyrannosaurus rex robots, the largest towering at 8.5 metres (28 feet) in height.” The dinosaur robots will be able to blink their eyes and move their tales.

*Belfast’s Titanic Quarter has exceeded all expectations reports The Telegraph. Titanic Quarter is being designed as a place for education, residential, and entertainment growth. 185 acres are being converted into the largest urban waterfront with Belfast Titanic being a major draw with over 800,000 visitors in the first year.

The Quarter is also home to the Northern Ireland Science Park – 24 acres of office and R&D space, currently housing more than 100 indigenous and international organisations – and Titanic Studios, one of Europe’s largest TV and movie production sets. Premier Inn, the first of five planned hotels, is already achieving high levels of occupancy and around 1,000 people are living in the first residential phase of the development.

*Many are surprised to learn there was a black family traveling aboard Titanic, and were second class passengers. Joseph Laroche was traveling aboard Titanic with his family (his wife and two children;his wife was pregnant with a third child). Born in Haiti in 1886, he migrated to France in 1901 (at age 15) to study engineering. After obtaining his degree, he found racial discrimination got in his way of a high paying job. His second daughter Louise was born prematurely and had medical problems. With his wife pregnant, Laroche decided to return to Haiti with his pregnant wife. Since he wife was white, the couple got stares and rude comments aboard Titanic. When disaster struck, he made sure his wife and children were placed on a lifeboat (possibly lifeboat 14). Joseph Larouche perished when Titanic sank. 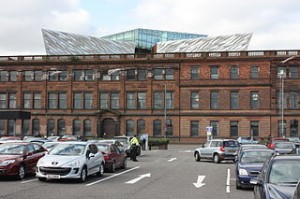 I recently watched Anthony Bourdain’s No Reservation segment on Ireland. Bourdain was surprised at how much was changing in Belfast and Dublin. New buildings and a higher standard of living was coming along with an influx of people. Food was also taking major strides. No longer just Irish stew but much, much more. Ian Murray, writing in the Daily Echo, recently noted the many positive changes to Belfast, which includes Titanic.

Belfast has joined the ranks of the UK’s destination cities. Thankfully so much of the best of the old way of life has also been preserved. Historic pubs such as The Duke of York in Commercial Court, Lavery’s in Bradbury Place, Robinson’s in Great Victoria Street and, of course, The Crown Liquor Saloon next door are still on the tourist trail. A pint is a must, and for gastro pub grub the steak, onions and Headless Dog pie at the John Hewitt on Donegal Street can’t be beaten.

The old and new are being blended together resulting in a very different city.

The BBC is reporting the property company developing Titanic Quarter in Belfast lost £20m. The loss is attributed to a one-off payment of £13m to the charitable trust that owns the Titanic Belfast visitor attraction. Administrative fees also rose to £19 million from £7 million. A write-down in investment properties makes the total loss after taxes £22 million.

Needless to say, they are trying to restructure and negotiating with Ulster Bank over £75m in loans.

Belfast is planning a new rapid transit system that will not only handle tourists to the Titanic Quarter but the needs of the city as well.

One item on the table is bringing back the bendy-bus. Called an articulated bus in the U.S., it is essentially two buses put together with a flexible middle. This allows it to make turns and get around road hazards more easily. They are tricky to run and London phased them out some years ago due to accidents and general dislike of them. Other cities did it as well in the U.K. and Northern Ireland. They were replaced with conventional and double-decker buses.

With Belfast wanting to have high speed buses arriving every five minutes, the bendy-buses are getting a second look. I have taken such buses in San Francisco. They are used on high density lines (the 30-Stockton) where you need such buses to handle the large numbers of people. On that route, the buses are electric so no worry about diesel fumes wafting around. And that line has to weave its way through Chinatown (where the majority of its passengers are heading for or leaving) where traffic is usually heavy during the day.

Buses, whether they are conventional or electric, are a more flexible alternative than light rail. Light rail is very expensive and limits their use to where the rails are laid. When the tourists arrive in 2012, they will need a system that is easy and convenient to use. Perhaps the bendy-bus will be part of it.

Source:
Belfast Telegraph, The Possible Reintroduction Of New ‘Bendy-Buses’ Could Be Part Of The Plans For A £150M Rapid Transit System For Belfast, 13 October 2011