1. ‘Titanic’ Exhibition Headed For San Diego Natural History Museum (17 Nov 2011,SignOnSanDiego.com)
The blockbuster touring show, “Titanic: The Artifact Exhibition,” is set to land for a seven-month run at the San Diego Natural History Museum on Feb. 10, 2012. “This is a rare opportunity to view these historic pieces in San Diego,” said Michael W. Hager, the museum’s president and CEO in a statement. “It took a monumental effort to recover the artifacts, including eight trips to the wreckage located 2.5 miles beneath the surface of the Atlantic. This exhibit combines that technical story with the human drama that makes the Titanic tragedy such a well-known event.”

2.  The Human Cost Of The Titanic Disaster (16 Nov 2011, Jarrow & Hebburn Gazette)
In Titanic: Triumph and Tragedy, chilling photographs of some of the dead, which White Star circulated in the hope of identifying them, are monstrous reminders of the scale of human loss. The approaching centenary of the Titanic disaster next spring has presented publishers with the opportunity to explore the catastrophe in impressive detail. The heavyweight has to be Titanic: Triumph and Tragedy. This veritable doorstop of a third edition, by two of the world’s most renowned Titanic experts, is illuminating on many levels. One of them is how extensively the Titanic was actually photographed, both inside and out. Moments of true maritime history were recorded, like the picture of Titanic and her sister ship Olympic – later broken up here on the Tyne – bow-to-stern at the yard of Harland and Wolff. 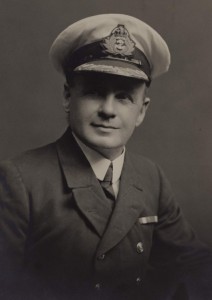 3. Titanic Survivor Featured In New Book (14 Nov 2011, Chorley Guardian)
The extraordinary life and career of a Titanic voyager from Chorley is being celebrated by a writer with a mission. Second Officer Charles Herbert Lightoller was the most senior surviving officer on the ship, and has fascinated writer Patrick Stenson for years. In a new edition of Patrick’s book, the former writer and broadcaster claims he has uncovered new evidence regarding the tragedy. The 65-year-old from Altrincham said: “I was going over the old evidence and I noticed some things that hadn’t been picked out in the inquiry. “It became quite clear that the ship was on top of the iceberg before the crew realised – it was much, much closer than people thought.”