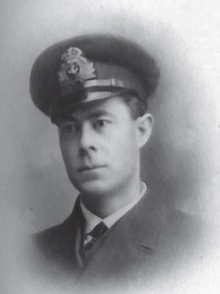 1. Titanic Exhibit On Display In Greensboro (16 Oct 2011,Spartanburg Herald Journal)
Next April marks 100 years since the Titanic had its tragic rendezvous with an iceberg. The sinking still fixates the imagination, and the subject is drawing travelers to Titanic: The Artifact Exhibition at the Natural Science Center of Greensboro. Titanic runs through Nov. 27. The museum is at 4301 Lawndale Drive. General admission is $21 for adults and $20 for children 3 to 13. For more information, visit www.natsci.org/Titanic.html or call 336-288-3769.

2. Replicas Give Access To Iconic Sites Closer To Home (16 Oct 2011, Pittsburgh Tribune-Review )
Cedar Bay Entertainment in Branson, Mo., has raised not one but two half-scale replicas of the Titanic. The first has drawn 3 million visitors since it opened in Branson in 2006. The second opened last year in Pigeon Forge, Tenn. Both are landlocked, but the owners have thought of everything. “What we have done with both of the ships is we created a pool of water with concrete,” spokesman Rick Laney says. “Under the water at the bow of the ship, two jet engines force the water up. It looks like the Titanic is actually moving forward.”

3. First Class Titanic Tie To Tragedy (14 Oct 2011, This Is Hampshire.net)
A Titanic deck plan owned by an elderly couple who were depicted in the hit movie lying in bed together as the ship sank is set to sell for £50,000. The deck plans were only handed out to the 324 first class passengers when they arrived on the liner in Southampton on April 10, 1912. It is believed only three of them exist today, two in private collections and this one now on the open market. It was owned by the Straus’s maid Ellen Bird who survived the disaster in which 1,495 people died.