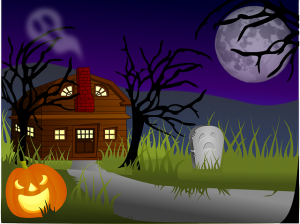 It is that time of year when supernatural tales abound. Most are fiction but sometimes stories come along that purport to be true. A very long time ago while in a bookstore I came across a book called The Amityville Horror by Jan Anson. Being into things supernatural back then, I bought and read it eagerly of the tale of people living in a house being tormented by demons. It scared me and the original movie had its scary moments as well. At the time the book came out, there were some who said the story was not true but they were barely heard at the time. The book claimed many things occurred and even witnesses to them. Yet when patient investigators began following up on the sensational claims, things just did not add up. And later it would be learned that a defense attorney worked to create the story so that his client, who killed his family in that home, be judged insane.

The story begins on 13 Nov 1974 when Ronald DeFeo, Jr. killed his parents, brothers, and sisters by shooting them in the beds they slept in. It was a horrific crime and DeFeo was arrested, tried, and convicted of the murders. The defense claimed insanity stating he had heard voices telling him to kill his family. A prosecution witness countered that he suffered an antisocial personality disorder making him sane at the time the murders were committed. The jury found him guilty of six counts of second degree murder and was sentenced to life in prison in 1975. That normally would end the story, except for the usual appeals by defense counsel.

In 1977 the book The Amityville Horror was released (to become a 1979 movie of the same name). It told the tale of the Lutz family that lived in the DeFeo house for 28 days between December 1975 and January 1976. The family consisted of George and Kathy Lutz with their three children. The book related tales of poltergeist and demonic activity that would drive the Lutz family out of the house. Doors opened and closed on their own, mysterious voices and hooded figures, green slime appearing on walls, mysterious stenches and insect infestation, supernatural attacks on George and Kathy Lutz, and even demonic possession, and a priest driven from the house.  And there were even demon footprints in the snow.

The problem was that many things they either saw, heard, felt or smelled had no independent witnesses. And the physical damage (doors, hinges, windows etc)claimed were not found when the building was inspected. Many other details when more closely looked into proved to be dubious, questionable or false. Joe Nickell notes that at no time while the Lutze’s lived in the house they never called the police (both the book and original film said this happened but official records have no record of any calls from the Lutze’s). The so-called snow demon footprints could not have happened as there was no snowfall during the time in question.

So then the next question is why they would make up such a story. To make money from a sensational story? That is certainly plausible but there appears another motive as well. William Weber, who was the defense lawyer for Ronald DeFeo Jr., said in People magazine (17 September 1979) that “We created this horror story over many bottles of wine.” It would be a win-win for both. The Lutze’s would have a sensational story they could market (which they did) and Weber would be able to use it on DeFeo’s appeal and get a new trial.

What they did not count on, it seems, were people who began to look seriously at the claims and start exposing the fabrication. The Lutze’s never fully retracted their claims though had to pull back on some of them. Lawsuits began to fly as well between the Lutze’s, Weber and other parties in 1977 claiming invasion of privacy, defamation, and sought damages of $4.5 million. Weber countersued claiming breach of contract. The underlying issue was whether the book was true or not. The Lutze’s argued that it was. U.S. Federal District Jack B. Weinstein heard the case. He dismissed the corporate defendants for lack of proof. In September 1977 he would dismiss their claims entirely concluding that “Based on what I have heard, it appears to me that to a large extent the book is a work of fiction, relying in a large part upon the suggestions of Mr. Weber.” He also questioned the ethics of defense attorney Weber and recommended an investigation by the New York State Bar Association.

A 2005 remake of the 1979 movie brought a lawsuit from George Lutz against the film company, producers and directors in 2005 alleging defamation and breach of contract. However the judge dismissed his claim saying that the film was a work of fiction protected by the First Amendment and that Lutz had signed a release agreement many years ago giving them the right to use the story and agreeing not to sue for defamation. His other claims of being denied profits from the original movie went forward but was apparently settled before he died in May 2006.

While the Lutze’s story has been largely debunked, some in the paranormal community (psychics, clairvoyants, and others)continue to say the house has an evil presence. This despite the fact no one else who has lived in the house since then has reported anything unusual. In fact, to protect the homeowners its address was changed and was  extensively remodeled so it looks nothing like it did in 1975 when the Lutze’s moved in.

Father Ralph Pecararo was the Catholic priest involved in the story. He initially stated that his only involvement as what was going on was a telephone call. Nor was his relationship close to them either. He would curiously alter his testimony when he testified (by phone) and said he did go to the house and heard the word’s “Get Out!” but ascribed no meaning to them (meaning no supernatural element). He would later give an account in 1979 to the television show In Search Of which seemed to back up the original book account of what happened. However the discrepancy between his original statement and later statements cannot be resolved. The contradiction has caused many to believe he became part of the hoax. The official position of the local diocese however is(as detailed in 2002 letter to Ric Osuna):

The Diocese maintains that the story was a false report. In November of 1977, Diocesan attorneys prepared a substantial list, to be submitted to the publisher [of The Amityville Horror], of numerous inaccuracies, factually incorrect references and untrue statements regarding events, persons and occurrences that never happened.

Since Father Pecararo has passed away, we will likely never know why his testimony changed. His superiors in the church, who asked him to detail what happened, have not altered their position since 1977 on the matter. And they were in the best position to ask the obvious questions that arose later when he changed his statements that more closely followed the book sequence of events.

Finally Ronald DeFeo Jr. did try various appeals; none of them worked and at last check was still serving out six life sentences.

The real evil was not supernatural but Ronald DeFeo Jr who killed his family while they slept in their beds.