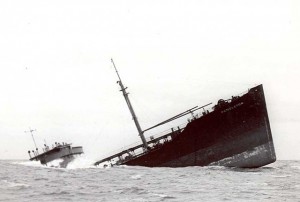 2014 was going to a be a big year for Titanic II. Clive Palmer wanted to bring back the glamor that was Titanic with a new ship based on the original design. He hired experts to do planning and testing. He set up a company called Blue Star Line that would be the new ship’s owner. And he made contact with a shipyard in China in the hopes it would be built there. And things seemed to hum along but things started going amiss along the way. The shipyard said no formal contract had been signed and even doubted they could do the job. Palmer started looking for investors in China to help shoulder the enormous construction cost. People in the cruise industry weighed in and wondered if such a ship could make money today. China began construction on its own Titanic, one that will be part of a theme park and designed to shake and rattle in the way the ship did during that fateful night when it sank. Clive Palmer got into a row with the Chinese over some business dealings. Unpleasant words were spoken and legal action began over royalties he claimed a Chinese company owed him. Despite assurances that ship construction would start late in 2014, nothing happened. And so it appears, unless things change, that Titanic II is kaput. If it gets resurrected, it likely will not be built in China. Perhaps an oil rich state in the Middle East?

Robert Ballard has moved on from Mystic Aquarium. His long term association with them has come to an end. Ballard decided to focus his energies on other projects. Mystic Aquarium has decided to open up a space by closing its Titanic exhibit which featured Ballard.

The Titanic Historical Society lost Ed Kamuda this year. A founder of that group and one of those who kept alive memory of the disaster. He lived to see Titanic get more widely known, its wreck found, and having annual get togethers with survivors and enthused amateurs. He and his wife Karen even got parts in Cameron’s Titanic as part of the many people walking on deck. His stance against salvage made him unpopular with some but no one ever said he did not like Titanic. He will be missed. RIP.

Titanic Belfast continues to grow strong. Visitors keep coming and recently exceeded 2 million. Quite a feat. Belfast, which had kind of downplayed Titanic, now embraces it. A whole commercial area called Titanic Quarter is getting shops, people, and businesses to live, work, and shop there. Aside from one snide comment from a television personality, most in Belfast seem happy with the tourism and new business.

Not one but two Titanic hotels are now in Liverpool. One is at the old White Star offices (Albion House) and the other at Stanley Dock.

The Silver Cup given to Captain Rostron of Carpathia was auctioned off  by his descendents.

A rare British Pathe film with Titanic footage and interviews was found quite by accident. A lucky one since it now has become a valuable part of Titanic history.

Titanic still gets used as a cliché for politicians, pundits, and news analysts. But it was Arianna Huffington who gets the top prize for using Emperor Nero, the burning of Rome, and Titanic all in one mashed up sentence. When you mix idioms and cliches together, no good ever comes of it.

Over at Undercover Boss, the owner of Bikinis Bar and Grill (a place I never heard of till I saw the episode), has gotten into some hot water over what happened during the reveal part of the show (where he reveals he is the boss). Now this guy, Doug Culler, is unabashed about what his restaurant chain is all about: breasts (and not chicken). At his place, women wear bikini tops, denim shorts, and cowboy boots. One gal decided not to wear her top for the camera, a major no-no for him. More serious is that she kept serving alcohol to a guy who was intoxicated. And where was the manager? Oh he eventually showed up to cut him off and safely home (strict liability these days means businesses can be held responsible if someone who gets intoxicated on your premises and causes damage or injury). The gal also said she was looking for other jobs. So at the reveal Doug canned her–in front of millions of viewers. While firing her may have been right, it ought not to have been done that way. And it might come back to haunt him. Trust me some attorney out there is going to make hay about it and perhaps a lawsuit. To make it more tacky, he offered another gal a boob job if she did her job well for the next couple of months. Sleazy? You bet it was. And it fired up lots of angry tweets as well. Congratulations Guller! You wanted attention and you got it. Considering that business has been mixed of late, this might turn off a lot more potential customers.

MasterChef Junior season 2 has ended with Logan, the bow-tied wonder winning it all. Congrats Logan! Now we are getting ready for season 3 on January 6. Not much of a break between seasons so the producers are wanting to strike hard and fast. But maybe they know something we do not: that the clock is ticking on this show so they want to maximize as much ratings and earnings potential as they can. They are up against both NCIS on CBS and it only loses ratings when in reruns. And it will be starting back up on the same night and time as Masterchef Junior. So which do you watch live or record? Kids making fancy dishes or an action series? If the previous numbers are an indication, NCIS will get more live eyeballs.

I like the movie The Santa Clause. I watched The Santa Clause 2 and about the only good thing about it are the home scenes and Elizabeth Mitchell. It was a really stunningly dumb idea to come up with a robot Santa. The elves are not little kids (most are older than Santa) and could easily understand why Santa had to be away for a while. So you have the ridiculous idea of a real bad Santa-one that reminds you of those leaders of an impoverished nation who wear spectacular military outfits to show who the boss is. In first movie Bernard could just materialize when he needed to visit Allen’s character back home. Which means he ought to have been able to quickly to do the same in this movie. Nope. Instead Curtis has to fly down (literally) using the jet pack from The Rocketeer to tell Santa what the bad Santa was up to. It gets worse so I will stop here. Stick with the original and skip part 2 and do not get me started on part 3. Yikes, now that is a really bad mess there and no amount of talent will save it.