Officials at Titanic: The Artifact Exhibition announced the Orlando attraction is expanding operations and will now be open daily. The attraction is located along International Drive and allows guests to step back in time to 1912 to see more than 300 artifacts and historical items, a full-scale room replica and the “Little Big Piece,” a 3-ton section of the original ship’s hull.

Fong said his dad had him when he was 65-years-old, and his father never spoke about his journey aboard the ill-fated ship. But other family members through the years made mentions of a harrowing survival from a shipwreck. Through dates, data and corroborating DNA, the new documentary “The Six,” created with executive producer James Cameron, tells the true story of six Chinese men rescued from the unsinkable vessel. Fong said his dad and the other five didn’t understand the third class member instructions to stay in their barracks and took another way to the top of the ship where they escaped.

Oceangate Gets Its Titan Sub Ready To Begin Expedition To Titanic Shipwreck (Geek Wire, 28 May 2021)

Those 11 years haven’t all been about the Titanic: OceanGate has been regularly sending its submersibles into the depths of waters ranging from Seattle’s Elliott Bay and the Salish Sea to New York’s Hudson Canyon and the Andrea Doria’s resting place off the Massachusetts coast. But diving down to the fabled ocean liner that sank in the North Atlantic in 1912 has been OceanGate’s focus for the past several years. That’s why the company built the Titan submersible, using titanium and carbon fiber, and then rebuilt it when the first vessel wasn’t deemed strong enough to stand up to the pressure of a 12,500-foot-deep (4,000-meter-deep) dive.

1. Rare Titanic Letter Offers Insight (Fox News, 10 April 2018)
A rare letter written onboard the RMS Titanic is going up for auction, detailing what life was like during the final days of the ill-fated ship. The letter was written by Second Class passenger and survivor Kate Buss on April 10, 1912, after she left Southampton, England, according to auction house Henry Aldridge & Son. “It’s a superb letter and it has been in the possession of the family since Miss Buss posted it on the Titanic,” explained Henry Aldridge & Son auctioneer Andrew Aldridge, in an email to Fox News.

2.The Mayborne Museum Will Present Titanic The Artifact Exhibition (kwbu.org, 10 April 2018)
Titanic the Artifact Exhibition is coming to Waco on June 2nd and it’s the Mayborne Museum’s first blockbuster exhibit. With 9 galleries and more than 150 artifacts pulled from the ocean floor, the Titanic exhibit is one of the biggest events ever held at Baylor University’s Mayborne Museum. Rebecca Nall says the museum was looking for a great event and this one fit the bill. “Titanic sunk more than 100 years ago but we know that it still holds a fascination for so many people.” she said.
Titanic:The Artifact Exhibition will run from 2 June 2018-6 Jan 2019. For tickets, hours of operation etc go to https://www.baylor.edu/mayborn/

3. Century-old black and white photos tell the heroic story of how a modest ocean liner the SS Carpathia was thrust into history by rescuing more than 700 Titanic survivors (Daily Mail,11 April 2018)
Dramatic photos of the ship that rescued survivors of the Titanic as the liner went down after hitting an iceberg have been unearthed. The UK-US Carpathia achieved worldwide fame when it heeded a distress call on April 15, 1912, and raced 58 miles to rescue hundreds of people from the Titanic. The photos have emerged on the 106th anniversary of the day the Titanic set sail from Southampton for its first and only voyage.Pictures from the collection show the view from the deck of the Carpathia as lifeboats from the Titanic approached, while another shows the officers from the ship posing for a picture. Other shots show several survivors of the Titanic, including Maggie Brown who was later nicknamed the ‘Unsinkable Molly Brown’ for her courage in standing up to the sailor in charge of the boat who refused to turn back to look for survivors in the water.

Stock charts are boring to look at unless it is a company you are invested in. And those who have invested in Premier Exhibitions, which owns RMS Titanic Inc and Titanic:The Artifact Exhibition, have to be wondering whether the company is going to survive. Over at  FranklinIndependent.com, they took a look at the stock performance and had this to say:

Yikes. The market is not liking Premier Exhibitions right now and I bet a lot of shareholders who have seen their stock value drop are not happy either. Patience will not last long for the new company president if they do not see their stocks going up in value soon. Usually it means lawsuits and lawyers with accountants rummaging through documents.

Premier Exhibitions has filed a required Form 8-K with the U.S. Securities and Exchange Commission detailing the loan agreement. The total loan sum is $5m and requires the company take out $1m before 10 Dec 2015. A second draw of $1m is available upon written notice before 18 Dec 2015. And a third draw of $1m can be obtained before 31 Dec 2015. An additional $2m is available but only at the discretion of the lenders. The unpaid amount accrues a 12% annual interest rate and can be prepaid at any time (but requires you pay 105% of principal amount). Yanzi Gao, agent for the lenders, signed the agreement. According to the papers filed with the agency, the names of the lenders are: Jihe Zhang, High Nature Holdings Limited, and Lange Feng. Repayment is required by 1 Aug 2017.

With the shareholder approval on 29 Oct 2015, Premier Exhibitions has announced it has executed all the necessary agreements and that the merger is now complete.  The Board Of Directors has appointed Daoping Bao as Executive Chairman Of The Board, President, and Chief Executive Officer of the company. The Board of Directors has increased to seven members and four new directors were appointed. Shareholders are hoping the new leadership will turn things around for Premier.
Source: Premier Exhibitions, Inc. Announces Closing Of Merger With Dinoking Tech Inc. (Globe Newswire [Press Release],2 Nov 2015) 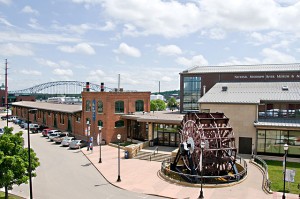 Every year when the calendar turns to autumn, I always look for the
first Titanic themed Halloween story. Sometimes it is stories of ghosts at Titanic exhibits or other such things. Well Premier Exhibitions has decided to capitalize on this interest by offering their own Haunted Ghost Tours at the Luxor Hotel exhibition in Las Vegas this Halloween season. According to the press release:

One of the most interesting spirit stories told is the “Lady in Black”
who is often seen on the Grand Staircase crying for her famous friend, Margaret Brown. Visitors will also get the chance to feel the presence of Frederick Fleet, Titanic’s look-out on the ill-fated night, who watches over the Exhibition’s Promenade Deck as he attempts to make up for his unfortunate late sighting of the iceberg. Additionally, guests will learn about the passenger who prophesied the sinking of the Ship of Dreams by writing to a friend just a few days before perishing in the North Atlantic, “Right now I wish the ‘Titanic’ were lying at the bottom of the ocean.

These special tours are only on Saturday nights at 8pm in October. I am surprised they will not have a special midnight tour on Halloween itself since it will be a Saturday (they will have the 8pm one though). Perhaps those ghost hunter guys will show up with those gizmos that detect ghosts to add an air of authority and perhaps a special on the History Channel (real Ghosts of Titanic!). Or just send in that poor sidekick from Muppet Labs. The last time he visited a haunted house, it was quite memorable.