If you go to Dubai in 2018, it will have a theme park based on movies and television shows like James Cameron’s Titanic. The 20th Century Fox World theme park will have a branded resort on site for people to stay while visiting the theme park. This will be the second theme park of this kind for Fox. One in Malaysia is currently under construction and slated to open in 2017. With rising disposable incomes in Middle East and Asia, it is believed these theme parks will draw a lot of tourists as western movies and television shows are very popular.

I bet the new guy running Premier Exhibitions has already taken note of this. After all, would not a Titanic artifact exhibition be a great draw as well?

Cruise Arabia & Africa reports that Clive Palmer’s Blue Star Line has
announced that Titanic II’s maiden voyage in 2018 will be from Jiangsu, China to Dubai in the United Arab Emirates. Blue Star has stated that the project is still on refuting rumors of its demise. Originally the maiden voyage was to be from Southampton to New York. James McDonald, the global marketing director of Blue Star Line says the change was due to seeking business partnerships in Dubai.

We are not looking for investment from Dubai, as it is a project we are
funding ourselves, but we have been in contact with a number of
companies based in the Emirates who are looking at utilising
opportunities that arises with the project. It is people looking to use
the opportunity of the trademark and licensing potential of the
project… We own the Titanic II name and trademark and people are
lining up to be part of it.

Not so long ago I reported of interest in Dubai in Titanic II and
speculated that since Palmer is not getting the Chinese investors he was hoping for, that he would seek out investors in UAE. Now so far they official line is that the ship will still be built in China but suppose
with all those “business partnerships” being formed in Dubai that the ship can be built there and cheaper than China? So far no official order has been placed with a Chinese shipyard, Palmer is involved in a serious row with the Chinese government, and a Titanic replica is already being built. And, just as a wild thought, suppose you could add in the Titanic Artifact collection to Dubai with Palmer’s Titanic II?

Source: Titanic II Is To Sail Maiden Voyage In 2018 From China To Dubai In The United Arab Emirates(26 Sep 2015,Cruise Arabia & Africa) 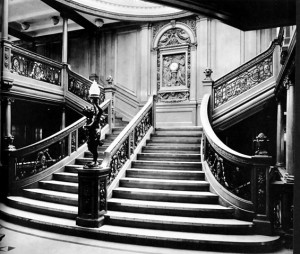