On 8 Oct 2018, Premier Exhibitions filed a Notice of Cancellation of Auction with the federal bankruptcy court as no other bidders met the minimum required. This means that the bid submitted by PacBridge Capital Partners (HK) et al for $19.5 million will stand. The company will now seek the court approval to sell the company and artifacts to them.

The Equity Committee has filed motions opposing the sale and still seeks other bidders.

The National Geographic reports that last Friday (29 June 2018) the U.K.’s National Museum and National Museums of Northern Ireland have filed papers with the bankruptcy court pledging to raise $19.2 million to buy Premier Exhibitions and the Titanic Exhibition. Both museums would co-own the artifacts and display them in Belfast. The non-Titanic part of Premier would be acquired by another exhibition firm called Running Subway. It is also reported that the CEO of Running Subway is on the Creditors Committee and that Premier’s creditors support the bid. A rival bid by existing shareholders is offering $17.5 million at the moment. Another proposal from the equity holders calls for splitting up the artifacts and selling them at auction.

The National Maritime Museum is pledging to conserve the artifacts and has the facilities to do it. They are worried that history would end up in private hands and possibly disappear. Famed explorer and one of the two men that can claim to have found RMS Titanic (the other was Jean-Louis Michel of Ifremer also aboard Knorr at the time), Bob Ballard, is a supporter. Certainly this adds a new complexity to the upcoming hearing on July 25 where the proposals will be considered by the court. If they can raise the money, they might be able to pull it off. Then again there are a lot of competing interests and lots of jockeying going on behind the scenes. Also the lawsuit against former officers could have an impact as well though hard to say at this point.

Another fascinating wrinkle in this story. Stay tuned, this is going to be interesting.

According to a press release issued by Premier, the company has proposed February 6, 2018 as the auction date of company assets. This sale, subject to court approval, will allow bidders to purchase the company or its assets. Included in this auction are Titanic artifacts. However the company maintains the right to designate a stalking horse bidder before the auction deadline. 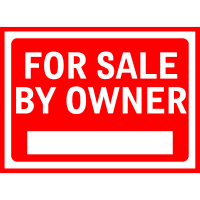 Things are getting a bit testy at the Titanic bankruptcy proceeding. Euclid Investments and Euclid Claims Recovery filed an objection to the company seeking an exclusivity extension. In simple terms they are not happy that Premier appears to be dragging its feet on following through on what is required to be done. “….management’s abject failure to engage with the statutory committees in moving these cases forward before now cannot be ignored. It has had the effect of placing estate stakeholders in an urgent and untenable position with little time remaining to formulate the terms of a chapter 11 plan as the estates now appear on the verge of operational insolvency.” Ouch.
Source: Premier Exhibitions Objection Filed (Bankruptcy News, 4 Jan 2017)

As part of the ongoing process to determine the best way to proceed with the Chapter 11 reorganization, Teneo Securities has been approved by the court to serve as financial advisor to the Equity Security Holders Committee. The firm will analyze and assess the assets and liabilities of Premier Exhibitions and advise the committee on ways to mitigate the liabilities to return the company to profitability.