The 4th annual Crazy Cardboard Regatta at Voice of America MetroPark (West Chester, Ohio) took place yesterday. Photos for from the event are at WLWT.com. 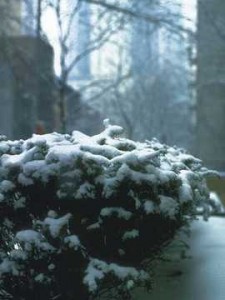 2. Orlando Titanic Exhibit Makes Snow
Yes, for real according to a recent news report and from their own website. On 25 Jul 2013, they will host “Titanic Melt” in the parking lot of  Titanic: The Experience from 11:00 a.m. – 2:00 p.m.. Here is what they say it is all about:

Well as gimmicks go not too bad. At least they are not using a Titanic slide.

3. Cardboard Regatta Features Titanic Award
The annual Crazy Cardboard Regatta will be held this Saturday at the  Voice of America MetroPark in West Chester, Ohio. Last minute registrations will be taken between 8 a.m.-11:00 a.m. For information about the event and the location, go to butlercountymetroparks.org/voa.asp. And yes the regatta has a Titanic award for the best sinking. Good luck to all!

4. Revisiting Lunar Theory On Titanic Sinking
Readers will recall that back in 2013 astronomers at Texas State University that a rare lunar event contributed to Titanic’s demise. The moon and sun lined up in such a way as create a spring tide. Now assuming this to be true and enhanced tides were created, moving icebergs still would pose a problem. According to an article in Hydro International:

As Greenland icebergs travel southward, many become stuck in the shallow waters off the coasts of Labrador and Newfoundland. Normally, icebergs remain in place and cannot resume moving southward until they’ve melted enough to refloat or a high enough tide frees them. A single iceberg can become stuck multiple times on its journey southward, a process that can take several years. But the unusually high tide in January 1912 would have been enough to dislodge many of those icebergs and move them back into the southbound ocean currents, where they would have just enough time to reach the shipping lanes for that fateful encounter with the Titanic.

So if there was an unusual spring tide in 1912, it would have been enough to move a lot icebergs into the ocean currents that many steamships used back then. Does not change what happened later but provides an answer as to why so many icebergs were around at the time.

5. Titanic video
Here is an interesting clip from National Geographic’s Titanic at 100. The CGI shows with newer information how Titanic likely sank.