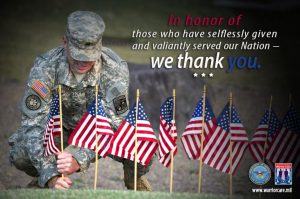 If you have studied Titanic long enough, you are sure to come across various conspiracy theories. They vary from the supernatural (mummy curse) to the exotic (the Iluminati). And some that are even a stretch for conspiracy theorists to wrap around (like time travel or German submarine sinking Titanic). Then there is the switch theory.

What is the switch theory? That White Star switched the ships so that the actual ship that sank was Olympic not Titanic. The reason varies on who is making the claim. Some years ago Robin Gardiner made the claim in his book Titanic:The Ship That Never Sank? that it was done so that White Star could collect damages on the new ship.

The underlying reason for the switch is the HMS Hawke collided with Olympic in 1911. Olympic was determined to be at fault and Lloyd’s of London refused to pay the claim to White Star. So they decided to switch ships and sink Titanic to claim insurance. Of course the planned sinking went awry and you know the rest.

The book is still out there and has some believers on You Tube and elsewhere repeating it as fact to this day. Enter into the fray Myles Power who decided to take on this claim on his YouTube channel. And it certainly has gotten a lot of interest as newspapers like the Daily Star reporting on it.  Power spends a lot of time going through the claim and debunking it. At last check it had over 37,000 views and growing.

I read the book when it first came out and shook my head after I closed the last page. It ought to have been an alternative history book. He is not the first nor likely the last that has come up with wildly speculative (and sometimes entertaining) conspiracy theories. In the age of the Internet though, Gardiner is finding that his claims can be debunked for the whole world to see. No word from Gardiner on what he thinks about all of this. He is probably hoping you will spend money at Amazon to buy his book. Check out your local library and see if you can check it out for free.

FYI: Here is a post I did back in 2014 that goes through many of the various theories about Titanic sinking including the conspiracy and supernatural ones.

Relative of Titanic survivor accused of cowardice clears his name (5 May 2018,Hereford Times)
Documents and letters written by Sir Cosmo and his wife, a famous fashion designer of her day, came to light in a cardboard box lying for over 100 years in a solicitor’s offices. “I received a phone call out of the blue saying they had found a box with my family name on it and would I like to have it,” said Sir Andrew. “Of course, I said yes.” The find reveals not just the events of that night, which show beyond doubt that the Duff Gordons acted quite properly, but also includes a long list of Lady Duff Gordon’s possessions.

World-renowned Titanic expert Gowan passes away (6 May 2018, Corsicana Daily Sun)
“Phil was arguably the top Titanic passengers and crew expert in the world.” Trower said Gowan’s research of the people was groundbreaking in that he was the first to come up with concrete numbers, that are now called the Gowan Numbers. His research revealed that 1,496 people died on the Titanic, and 712 survived. His research was duplicated by others who came up with the exact same numbers, so his are considered the Gold Standard now, Trower said. “We could sit down to dinner as we did in 2013, and Phil could regale us with stories about the passengers, those who lived and died — his knowledge was limitless,” he said. “We could talk on the phone, in person, via email … but he hated text messaging. Refused to do it. He’d never have the same story twice — he had that deep of a knowledge of the stories.”

On 6 May 1937 the German passenger airship Hindenburg caught fire and was destroyed while trying to dock at Naval Air Station Lakehurst near Lakehurst, New Jersey. Of the 97 passengers and crew, 35 perished and one worker was killed on the ground.

Airships were a popular way to travel. They were comfortable and often afforded their passengers the ability to see things that passengers of airplanes would not often see. The Germans had perfected the use of airships while the United States suffered humiliating crashes that confounded designers. The German Zeppelins used hydrogen for many years without any major incident until 1937.

The event was caught on newsreel and on radio. Herbert Morrision’s radio coverage is classic and you can listen to at History.com. You can also listen to this one on YouTube which points out that Morrison’s voice was much higher than normal due to the tape recording speed (he was known for his deep voice). His actual audio report sounds different when you hear it as it ought to have been. A British Pathe newsreel of the disaster be viewed here.

While sabotage was suspected, neither the American or German inquiries concluded that was the cause. The American report concludes:

The cause of the accident was the ignition of a mixture of free hydrogen and air. Based upon the evidence, a leak at or in the vicinity of cell 4 and 5 caused a combustible mixture of hydrogen and air to form in the upper stern part of the ship in considerable quantity; the first appearance of an open flame was on the top of the ship and a relatively short distance forward of the upper vertical fin. The theory that a brush discharge ignited such mixture appears most probable.

The many theories that continue to persist are:

Mythbusters examined the incendiary paint hypothesis and concluded it did not cause the catastrophe. Many believe the most likely reason for the explosion is that a tiny tear in the fabric or an exposed piece of metal was the entry point for static electricity to ignite the hydrogen. Hydrogen would never be used again for airships after this.

Airships faded from use though the famous Goodyear blimps over sports and other events are used to film the events below. And with the desire to conserve our environment these days, helium filled airships may yet return as a means of travel.

According to Richmond News, Titanic:The Artifact Exhibition will be at the Lipont Centre in Richmond, Canada from 23 June 2018-11 Jan 2019. The newspaper reports that that Lipont was selected because of its spaciousness and convenient location. Toni McAfee, executive director of Lipont Centre, told the newspaper: “At Lipont Place the Titanic exhibition will find a natural home allowing both the venue and the exhibition to make their debut in Metro Vancouver,” says McAfee. “We look forward to welcoming all visitors, local and international, to the magnificent space and this world-class exhibition.”

Details on hours of operation and costs can be found at titanicvancouver.com.