As we wind down 2017, here are some news items of interest to Titanic enthusiasts.

1. National Maritime Museum Cornwall Will Bring Major Titanic Exhibition To Falmouth In 2018 (Cornwall Live, 29 Dec 2017)
The National Maritime Museum in Falmouth has confirmed that the ‘TITANIC STORIES’ exhibition will be on display from March 8 next year until January 7, 2019.The exhibition which will examine the stories of the Titanic’s sinking on April 15, 1912, and reappraise the several assumptions, controversies and myths that still linger around one of the most renowned historic events of the 20th century. As well as retelling personal stories of survivors, it will present rare and never-seen-before objects and items -thanks to collaboration with private collectors from major UK museums and private collectors from overseas.
Information about hours of operation and admission fees can be found at https://nmmc.co.uk/.

2. Some of you might remember all old Titanic action adventure called Titanic: Adventure Out of Time. It was actually a decent computer game with good Titanic graphics and an intriguing story. But that was a long time ago (1996). But now it has been resurrected at Gog.com. The reviews so far are mostly positive. Right now it is only available on Windows. No word if a MAC version is coming.
Source: 1996 Point-And-Click Game Titanic: Adventure Out Of Time Sails Onto GOG (PC Gamer, 29 Dec 2017

3. Titanic Belfast is holding a New Years Celebration reports Belfast Live. They report that for £40 per person you get a cocktail upon arrival, a light supper, a midnight piper to herald in 2018 and of course a DJ to control the music being played.

4. And finally if you have $100,000 to spend, then come May 2018 you can take a diving tour of Titanic reports Wate.com. According to the news report: “London-based travel company Blue Marble Private will begin taking people down to the wreck in May 2018. Nine people at a time will leave from the coast of Newfoundland and take a 10-day trip, which includes a deep ocean dive to Titanic. The cost of the voyage matches the name of the ship — the per-person cost weighs in at a hefty $105,129, the company told CNN. Blue Marble Private says the cost is the equivalent of a first-class passage on the ship’s inaugural voyage after an inflation adjustment. The trip includes three potential days of diving, with each dive lasting three hours. During the three hour tour, clients will explore the deck, bow, ridge and cavern where the grand staircase once stood.” Perhaps Clive Palmer, who famously said he was going to build a Titanic II and never did, will buy a ticket to see the real thing. 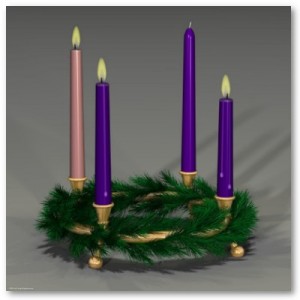