As some of you probably already know, I am highly skeptical of most ghost videos on YouTube. Occasionally you do find a gem or two that provides some genuine scary or at least spooky images. These two about a guy who explores old abandoned mines caught my eye. Most of the time when exploring these mines nothing happens. His videos reveal a lot about these old mines and what they used to do. But when exploring one particular mine in Nevada, something weird did happen on the first visit. And then on the second visit towards the end something weird also happens. In the first one, old chains are hanging in the entry area. They were once used to support the platform that moved ore out. One in the rear seems to be moving unusually as if it is being deliberately moved. Of course it might be the result of vibrations caused by walking around the mine or a microquake. The second one appears to have a voice at the end and a what sounds like a French police siren. One likely possibility is that the camera, which records sounds, picked up a transmission that had nothing to do with the mine. Or it could be someone was pranking the guy. Some have suggested perhaps someone lives in that mine and created that message to scare people away. There is also another possibility: that it is all faked to create buzz. Whatever it might me, the videos are fun to watch and appropriate for the Halloween season.

A locker key found on the body of Titanic steward Sidney Sedunary was auctioned off on Saturday for $104,000 reports Fox News. The key was sold by auctioneer Henry Aldridge & Son.
Source: Locker key from the Titanic sells at auction for $104,000 (Fox News,23 Oct 2016)

French composer Saint-Saens started this in 1872 as an art song for voice and piano using text by poet Henri Cazalis. In 1874 he altered it into its present form replacing the vocals with a solo violin. Danse Macabre is based on an old French superstition that on Halloween Death will call forth the dead from their graves. While he plays a violin, they will dance for him until the sun comes up when they must return to the grave for another year. Here is an interesting rendition of it using some nifty graphics.

HMHS Britannic, which sank in 1916 off the Greek coast likely by a mine, could become an underwater diving park. It has been declared a war grave and the Greek government has made it difficult to get permits to dive to it even for legitimate research purposes. That appears to have changed. The Greek economy is not doing well and there is a serious effort underway to make it an historical attraction with museum, hotel, and diving school. Unlike Titanic, there is not likely to be any salvage and would be treated as a historical exhibition you can dive to.
Source: Could the wreck of Titanic’s sister ship help save Greece’s sinking economy? (Daily Telegraph,18 Oct 2016)

*Fox News reports that a rare Titanic key with a brass tag stamped “Locker 14 D Deck” is up for sale. It was found in the body of Titanic Third Class Steward Sidney Sedunary. A direct descendant of Sedunary has put it up for auction with well known Titanic memorabilia auctioneer Henry Aldridge & Son. It is valued at somewhere between $36,640-$61.070. It will be auctioned off on 22 Oct 2016.

*Premier Exhibitions has inked a deal with Infinity Filmed Entertainment Group and Partners in Motion to allow them exclusive access to Titanic artifacts for a new television series. The series titled Titanic: Stories from the Deep will explore the stories behind the artifacts. The series is expected to move into production in 2017. (Titanic Artifacts To Be Examined In New Series, TVReal.ws 14Oct2016)

*I never knew there were people that collected mourning covers sent via the mail. There were many printed after the Titanic disaster for people to mail to friends or others indicating their sadness at the tragedy. A writer for Linn’s Stamp News looked recently at two such but unmailed covers. What caught his attention was not the cover itself (which he said was typical of the period)but the words inside:
“She struck where the white and fleecy waves,
Looked soft as carded wool,
But the cruel rocks, they gored her side,
Like the horns of an angry bull.
Her rattling shrouds, all sheathed in ice,
With the masts went by the board,
Like a vessel of glass, she stove and sank,
Ho! Ho! The breakers roared.” 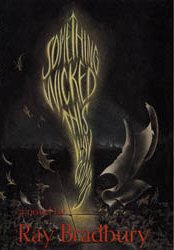 Taking a stroll down conspiracy lane finds a new entrant. This has nothing to do with the real Titanic but the fictional retelling in James Cameron’s Titanic. If you have seen this Academy Award winning movie, you know the story of Jack and Rose. But some out there, perhaps with lots of time to spend with nothing to do, are putting out the theory that Jack was simply made up by Rose. The thinking is this: since she was being trapped into a marriage she did not want, she created the delusion of Jack. While it is plausible in some senses, it begs the question of who painted her (did she paint herself?)or how he was seen by others at a dinner. Then again these are inconvenient truths for the conspiracy minded.
Source:This sinister Titanic fan theory about Rose puts an entirely different AND darker slant on the film (Daily Mirror,4 Oct 2016)