Raising the Titanic from its watery grave is not possible but Pete Williams of Burnley, UK has found a way to do it–with weights. When not doing his day job as a detective with Greater Manchester Police, he works out three or four days a weeks at a local gym and also a martial arts center. His goal is to raise money for Macmillan Cancer Support and possibly set a world record that Guinness will take note of.

Williams and volunteers will attempt to lift Titanic’s weight of 52,000 tons (5.2 million kilograms) for a world record starting on Saturday 16 April. Williams is getting support from friends, a supplement company and hopes to get other sponsors as well. His reason for raising money for Macmillan is the support they gave for his father who was treated there for throat cancer. So far 100 people have signed up for the chance to dead lift a choice of weights for ten times before resting allowing for three people lifting at the same time.

It ought to be fun learning how this turns out.

This has been a quiet week for Titanic, so not a lot of news to report. Here are some interesting bits of news for you to consider.

1. You never know what lies waiting to be uncovered when cleaning out your home. Especially if you have not looked in those dust covered corners in closed up rooms, attics, or basements for a long time. A man found the portrait of Elsie Bowerman, a Titanic survivor, suffragette, and barrister. And it is now up for auction at Duke’s Auctioneers in Dorchester, Dorset, UK in March with an estimated price of £1,000.
Source: Titanic Survivor’s Portrait Discovered (BBC News,22 Jan 2016)

Finally to close out this Friday, I offer something for my friends facing a very snowy weekend back east and all those also having very cold temperatures.

Lego is getting used a lot these days to build Titanic. One kid built a complete replica using Lego bricks. But no one has attempted doing a Lego representation of Titanic sinking. Till now. Take a look at the photos here and you will be astonished. It really took some real creativity to pull this off. It is far easier to build a replica than to simulate the sinking.

Source:Incredible LEGO model of the Titanic breaking in half(brothers-brick.com,18 Jan 2016)

1. The entertainment media is all aflutter telling of a mini-reunion of Kate Winslet and Leonardo DeCaprio at the Golden Globes. At least they are not reminding us for the 1000th time the new Star Wars movie has smashed Titanic’s box office record.

2. Can one describe a school bus flooded as akin to Titanic? It appears so. The United Kingdom has suffered from tremendous rain of late causing all kinds of problems. Now there is a certain rule when driving in areas where water is pretty well concentrated: you avoid it. Cars are not water proofed (a select few are but they are special custom jobs or military)so trying to drive through a deep pond of water on the road will certainly not bode well. Usually the driver gets stranded and a tow truck has to pull your car out. Now you would think a school bus driver with a bus full of kids would want to avoid driving in areas that have already been marked to avoid by authorities. School authorities in North Yorkshire are perplexed and investigating why a school bus with 26 children aboard was driven on a closed road where it ended up in a ditch and began filling with water. A young girl told Sky News “like the Titanic.” Water began pouring into the bus and kids had to kick windows to get out. Sky News also reports the driver was warned by the kids not to take that road.

“It started floating and then it capsized into a ditch, and before it capsized loads of water gushed through,” she said. It was pretty much like the Titanic – it was going.”

Not the kind of things parents want to hear about their kids day at school. None of the kids were injured and either went home or continued on to school via other means.
Source:Flooded School Bus Sank ‘Like The Titanic’(Sky News,5 Jan 2016)

3. Just checked the Blue Star website for any new information about Titanic II. Nothing found.

4. Premier Exhibitions is trying to be more transparent these days. In the past shareholders had complained that management was less than forthcoming about company operations, the proposed sale of Titanic collection, and other things. If recent filings are an indication, the new management is taking a different approach. They are trying to let investors know the company is going to be better managed and trying to increase revenues. Also they are looking into opportunities in Asia and in particular Macau.
Source:Premier Exhibitions Inc. Announces Corporate Update(Globe NewsWire,8 Jan 2016-press release) 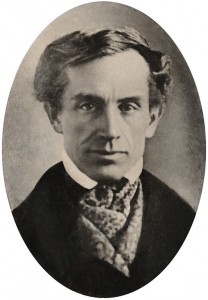 For many of us it is hard to conceive a world without television, telephones, and the Internet. Sending important communications took time if significant distance was involved. And would increase exponentially if the recipient was on another continent. The speed of the horse, the foot, and how good the wind was would determine how quickly the message was delivered. Samuel Morse on 6 Jan 1838 demonstrated for the first time how electric impulse could transmit messages. He was not the only one who was working on the same concept but the first to get it beyond a concept to a working means of communication.

His prototype demonstrated the use of using dots and dashes to represent letters and numbers. In the demonstration of 1838, he showed that this method of communication was possible. Morse, who had attended Yale University interested in art and electricity, became intrigued when he learned coming home from Europe about the newly discovered electromagnet and decided to work on the telegraph. Convincing skeptics took some doing. Not many were convinced sending messages in this fashion were possible or practical. It required the use of telegraph lines that would transmit the data over long or short distances. And it meant people would have to be trained to understand this Morse code. Morse convinced U.S. Congress to fund construction of the first telegraph line between Washington D.C. and Baltimore, Maryland. The first telegram sent in May 1844 said: “What hath God wrought!”

Soon private companies would emerge using Morse’s patent to set up telegraph lines all over the American Northeast. Western Union, formerly called the New York and Mississippi Valley Company, completed the first transcontinental telegraph line in 1861. Telegraph systems would spread in Europe, Africa, Asia and Australia. Underwater cables would connect both sides of the Atlantic Ocean. Messages of all kinds could be sent by telegraph. Since telegraph companies charged by the word, messages became succinct no matter whether it was happy or sad news. The period was replaced in most messages with the word “stop” as that was free.

One of the chief constraints of the telegraph is that it relied on the telegraph line and undersea cables. Thus messages could be delayed or lost by downed poles, military actions, weather related issues, or problems in the receiving office. Radio telegraphy was developed by Guglielmo Marconi in 1895. Sending the same messages over the air meant they were no longer restricted to telegraph lines. But it too could have its problems as what happened with Titanic. You have messages get mixed and mashed up resulting inaccurate information being reported. Radio telegraphy would lead to radio transmission allowing voices to be heard for the first time and the radio would be born. Wireless telegraphy would continue for business and governments and develop ultimately into the radioteletype networks.

The old fashioned telegraph continued on. Western Union introduced the singing telegram in 1933 and was still a means of communication until after World War II. During the war the sight of a Western Union courier became dreaded because the War Department sent telegrams to families informing of a death or sometimes a serious injury. The scene in A League of Their Own where Tom Hanks grabs the telegram from the messenger so that he could deliver it was not made up but reflected what most knew telegrams would announce.

The telephone though ultimately replaced the telegraph for most communications. When you could pick up a phone and tell someone important news, there was no need to go down to the Western Union office and pay by the word for a short succinct message when an inexpensive phone call would do it. Telegraph companies folded up, were bought up by larger companies, or completely rebranded. Today Western Union primarily transfers money (money orders, money transfers, and commercial transactions) and no longer performs any telegraph service.

The development of the telegraph allowed for more rapid dissemination of information unlike anything before. No longer were messages tied to the speed of ships, horses, trains and even feet. Major events could be learned quickly rather than weeks or months. It was a major technological step that unlocked other technologies that has changed the world dramatically.