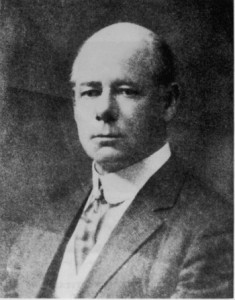 Now that all the stale news about Titanic II has gone around the globe enough times to make it really old news, another one is getting primed to take its place. The new/old story is about how Titanic’s demise was foretold in the book Futilityby Morgan Robertson. The book was published in 1898 and renamed after the Titanic tragedy as Wreck of the Titan. Many who read the book are struck by the similarities between the fictional Titan and Titanic. Some even go so far as to say Robertson was either clairvoyant or had some other supernatural revelation of what was to happen.

While there are similarities between the fictional Titan and the historical Titanic, there are a lot of things different. Titan was not on its maiden voyage and on its sixth heading back to Britain from New York. There were fewer lifeboats so five hundred could be saved out of the 3,000 passengers aboard. It looked different as well, more like a steam yacht with sails and carried no cargo. The collision was different as well. Titanic impacted with the iceberg on its starboard side causing punctures in the hull. In Robertson’s book, the ship collides with the iceberg head on and rolls up on it. Then it rolled on the side allowing the boilers and engines to pierce through the hull then slipped back into the sea and sank. One could go on but you get the salient point here: that the fictional Titan’s demise was very different from the historical Titanic. Robertson denied he had any supernatural vision and concocted his story using the available data he had on ships of the day.

So when you see news reports that proclaim “book predicted Titanic’s demise 14 years earlier” it is nothing more than puffery by editors trying to fill space (and tv news producers do the same as well). It ought to be noted that Robertson wrote about a surprise Japanese attack on the United States but hardly anyone thinks it predicted the events of Pearl Harbor on 7 December 1941.