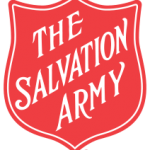 Telegraph.The violin was thought lost, destroyed or stolen until recently. In 2006, the as yet unnamed owner contacted Henry Aldridge & Son, auctioneers who specialize in Titanic memorabilia, to determine its authenticity and other items of Hartley’s they had. It took a long time to track down what happened to the violin and required a great deal of forensic examination of the violin itself.

And like that Sinatra song, At Long Last Love, at long last we have proof. The violin has been determined genuine making it one of the most important Titanic artifacts uncovered in recent years. This is the violin that Hartley played to calm passengers as Titanic was sinking. The story of the band playing is ingrained in Titanic history and Hartley (along with other members of his band) are considered heroes.

The violin was given to Wallace Hartley by his fiancee Maria Robinson in 1910 as an engagement gift. The violin was found strapped to Hartley’s body when recovered. She requested it be given to her, which it was, and later Hartley’s father gave her other personal effects. Robinson never married and died at age 59 in 1939. Her sister, Margaret, found the leather valise with WHH initials on it and a violin inside. The bag and violin were given to Salvation Army and its leader, Major Renwick, was told of its Titanic connection. A local music and violin teacher was given the valise by Renwick. The current owner’s mother, a member of Women’s’ Auxiliary Air Force (WAAF) met the music teacher who gave her the valise and violin.

The violin is in good condition considering it was in the water for 10 days. It is water stained with two long cracks caused by moisture. A corroded silver plate on its base was key to confirming its authenticity.

The violin will eventually be auctioned off but right now it will be going to Belfast City Hall later this month for public exhibition. The Telegraph reports that museums, some in the U.S., are negotiating to put it on display. Other items in the valise will be auctioned off next month. This is one artifact worth making a trip to see. Should it be exhibited where you can get to go see it. This is a piece of Titanic history that many will have an unexpected emotion when they see it, remember the story of that terrible night, and of the love it represents.

Titanic: Music As Heard on the Fateful Voyage

A Hymn for Eternity: The Story of Wallace Hartley, Titanic Bandmaster