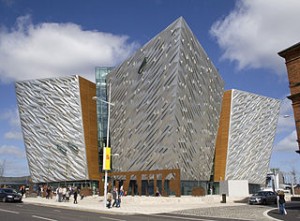 The item, a telescope once owned by Captain Smith, was put up for auction recently and expected to fetch £20,000. It is not clear from the article how many bids were submitted or what the highest bid was. Clearly it was not high enough as the telescope did not sell. The BBC reports that auctioneer John Crane was disappointed and noted:

“It might be Titanic but at the end of the day it is still a little bit of metal and if you put a very high reserve you’re not going to sell it.”

Or to quote that famous wizard Gilderoy Lockhart in Harry Potter and the Chamber of Secrets:

Fame’s a fickle friend, Harry. Celebrity is as celebrity does, remember that.

About sums it up but of course Lockhart turned out a phony. He stole memories from those who did heroic deeds, claimed them as his own, and used memory charms to make them forget.