Summer is drawing to a close and schools are opening up. Sleepy eyed kids are getting on the local buses again to make the journey to school. It has been a quiet summer Titanic wise. Not a whole lot of news though some important news did occur.

Premier Exhibitions Declares Bankruptcy To Reorganize
The big news before the summer began was Premier declaring bankruptcy under Chapter 11 and seeking to reorganize. Typically this means the company has enough resources to stay afloat and needs the courts to reduce its liabilities. For creditors it means they usually get something but not everything. It means the court has to take a hard look at how the company operates which means an intensive look at the financial records and other aspects of the company.

While things have not gone well for a while with Premier, it was thought the Dinoking merger and bringing aboard its ceo to manage would bring things in line. What apparently occurred is that the debts owed by Premier were far greater than the cash infusion the merger could solve. So to stave off likely lawsuits from creditors, they headed to bankruptcy court. Now one of the big arguments is over the French Collection. These artifacts were brought up with a joint expedition with IFREMER and are separate from the other artifacts covered under the U.S. Federal Court salvage award. That salvage award limits how the artifacts can be sold, specifically as one collection making it very difficult to find buyers due to the high cost. However Premier believed it had clear title to the French artifacts and wanted to sell some of them to pay off debts. And sought permission from the court to do this. It was denied, in part, because bankruptcy law requires an adversary action to remove any possible claims to items that will be sold or auctioned off to pay debts.

So Premier is suing the French government in federal court. Premier has submitted documents that appear to support their position. Meanwhile we wait on France to decide whether it will contest a possible sale or file a brief saying they will not fight it. 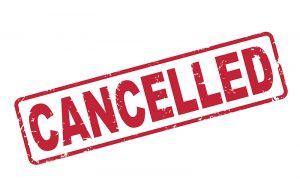 So Much For Palmer’s Titanic II
Well it appears to be over. After all the fanfare and some preliminary work, the Clive Palmer’s dream to recreate Titanic has come to an end. No one can blame him for wanting to bring it about. It is a great dream. Despite all the positive news spun out by his public relations team, financing the construction proved harder than realized. It was to be constructed in China but the date for the work start came and went, new dates were set, but the shipyard remained quiet. Then came news that once it was launched it would stop in Dubai. That raised speculation that investors from that area were keen on tying in their own Titanic themed areas with this new ship. And I speculated that perhaps money to build could come from there (or even be built there). But Palmer’s relations with the Chinese took a real nosedive with his criticisms of a Chinese company and the lack of Chinese investors in the project meant it would go nowhere. So without much fanfare and no publicity, construction of Clive Palmer’s Titanic II has ended.

Chinese Titanic II
Palmer’s version fizzled but China is building their Titanic II that will docked at a theme park. It will be full size and look exactly like the original. It will also be a hotel and tourist attraction. Visitors will be able to stay aboard, sample high-end late Edwardian age cuisine, and even visit the Titanic Sinking Simulator. That has caused a lot of controversy. Perhaps what will stun visitors from the West is that likely the message about Titanic will be strongly anti-capitalist and demonstrate why the Chinese way is more superior. Just do not mention their awful human rights record or persecution of those who practice religion of any kind.

Masterchef
The current season is interesting but has its usual combination of the excellent, the not-so-good, and those just filling a slot until they are dropped. Poor Nathan is the butt of so many jokes. The bow tied tuxedo salesman (and he always wears a suit even when outside at the farm) may be good at cooking dishes alone but has severe problems working in a team. Some of the good have made their mistakes and departed but perhaps none worse than Andrea. She showed really excellent skills but when she failed to bring her sausage dish down to the front table at the right time, it was bad. Worse was how Gordon and company handled it. At this point they knew she was out of the contest. Instead they go through the mockery of tasting the dishes of which the two useful facts were announced: that she (Andrea) had the best dish while Diamond served up raw sausage. In a normal competition, Diamond would go home. But that is reality and not the often strange world of Masterchef that live in an alternate universe.

They knew Andrea was out the moment she put her plate down three seconds too late. Gordon seemed to argue with Christina and Chef Lee about her having the best dish but Christina reminded rules are rules. Do not be fooled, that was all for show as none of it was for real. It was to make it look like there was some dispute when none existed. Diamond, a weak contender, went into the next round and would be sent home in the next episode. In a real contest, Andrea would have been sent home immediately for missing the time requirement. No need to bother with tasting the dishes and move on to the next round. It just shows the strange world that Masterchef inhabits.