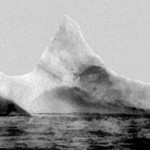 2. Titanic would transmit signals by wireless telegraph, Morse lamp, and rockets. The ship nearest by most accounts was SS Californian. Her telegraph operator turned off his equipment at 11:30 pm and never heard the distress calls. Questions linger to this day whether or not they saw Titanic or her rockets being fired. The RMS Carpathia received the SOS and its captain, Arthur Rostron, immediately ordered to proceed directly to the last known coordinates to locate survivors despite having to navigate a dangerous ice field on a moonless night.

3. Titanic would sink on 15 April 1912 at 2:20 am. Although Titanic met the British Board of Trade regulations and exceeded it for the number of lifeboats required, it did not have enough for the full complement of passengers and crew. As a result over 1,500 men, women, and children would had no means of escape from the sinking ship.

4. Carpathia arrives at 4:10 am to rescue survivors who were in lifeboats or able to reach them. 710 survived the initial sinking but the final tally would be 705 due death from freezing cold. SS California would arrive later but would find no survivors. At 12 noon Carpathia sounded her horns and began heading back to New York.* It was the moment that many wives knew for certain their husbands had perished.