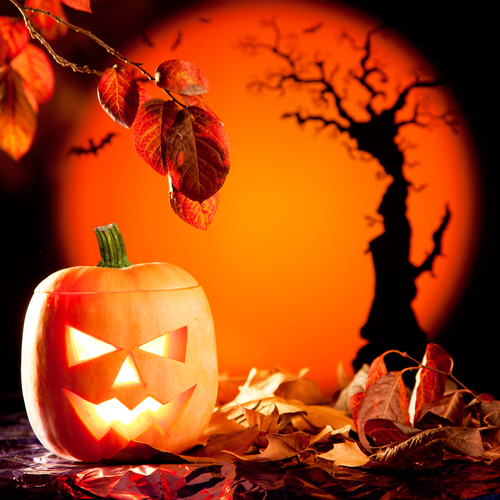 It is that time of the year again. And once again we pay a visit to The Muppets to see what they are up to for Halloween.

And to close it out, Geico has actually done some good Halloween themed commercials. This one is the creepiest of the lot. Happy Halloween everyone!

Bram Stoker’s Dracula was not the first vampire story but certainly the most memorable. It starts out as Jonathan Harker records his trip to visit Count Dracula about property he has purchased in London. We are given fascinating details of the journey but foreboding as well. Although welcomed warmly by Dracula, he begins to suspect things are not right. And that leads him to discover Dracula is not at all what he seems but a monster that will spread evil into the heart of Europe.

Readers then and now are surprised at how Stoker did not hold back in what Dracula does. Perhaps the most horrific–and rarely seen in film or miniseries adaptations–is when the three vampire women at his castle are given a baby by Dracula as a meal. It shows what truly a monster he is and those that serve him as well. Stoker builds on that horror as Dracula arrives in England to begin spreading his evil. The strange illness of Lucy Westenra brings us the character of Van Helsing who suspects a vampire is at work. And Jonathan’s return helps the group that forms that they are dealing with an evil creature that must be destroyed.

But they also fail to see he is already working against them by feeding on Mina, Jonathan’s wife. They get the upper hand though by tracking down all his hiding places to sanctify making them unusable to him. He taunts them at one point and then flees across the ocean back home. The chase to get there before he does is perhaps the most thrilling part of the book. In a dramatic ending, they catch him as the sun is starting to set and he is about to have full command of his powers. The end is quick with a dagger in the throat and the heart. And then he is no more. Unlike some depictions, he goes to dust with just a momentary sight that his soul was at peace now.  The evil is vanquished never to rise again.

Dracula spawned other books and movies both inspired or based in some way on the book. The famous 1931 movie with Bela Lugosi cemented a certain image of Dracula that stood out for a long time. Yet except perhaps for the Coppola movie, few show what Harker saw:

Within stood a tall old man, clean shaven save for a long white moustache, and clad in black from head to foot, without a single speck of colour about him anywhere.

Most depictions have no moustache and Dracula neither appears old or young (somewhere in between). They also rarely show the trip to the castle (quite long as Dracula was looking for blue flames to find hidden treasure and his command of wolves). Dracula in the book can get about by day. The mythos that sprung up was that vampires had to walk at night. Not so in the book at all. Dracula could get around in daylight but it constricted his abilities. At night be could use his full range of abilities but daylight limited him to whatever form he had at that time (he also had to be careful about running water).

Dracula was not conflicted nor concerned about what he became, like vampires in some modern novels are sometimes depicted as. Dracula was a creature of evil that served evil. He had no qualms about killing anyone who got in his way but despite all that, as Van Helsing observed, he was not without weakness.  He could live centuries but he could be killed by staking through the heart or kept at bay with a crucifix. And when confronted with a determined group out to destroy him, he fled back home to live to fight another day.

Dracula stands out as masterful horror fiction because it reveals a story slowly, deliberately, and then like a hammer hitting anvil hits you with full fury. Reading it today is still gripping despite all the movies inspired from it. Stephen King’s Salems Lot follows a similar pattern of building the story up slowly until it reveals what the horror is. And it appears Stoker did his research well for he based it on a real historical figure (Vlad the Impaler) who for a time brought fear to Turks who tried to dominate central Europe. He was so ruthless that he made sure that lands were burned, wells were poisoned, and many of their soldiers were found impaled on stakes as they approached his lands.

It is debatable how much Stoker really knew about Vlad the Impaler but learned enough from the information he had to craft his vampire story.  And a great one it is that stands the test of time while other vampire stories remain forgotten on library shelves.

BBC News is reporting that the wood cross made from Titanic wood was sold for £10,000 ($12,969). The cross was made by Samuel Smith, one of the crew of the SS Minia that went out to retrieve bodies from Titanic.  It was expected to fetch £12,000. The name of the purchaser was not released.

LiveScience is reporting the famed explorer Robert Ballard has ended his search for Amelia Earhart’s plane in the coral reefs of Nikumaroro.

The team mapped the island with sonar and a floating surface vehicle — and they employed remotely operated vehicles to explore the deeper crevices of the underwater mountain that Nikumaroro is a part of. The team even searched 4 nautical miles out and came up with nothing remotely linked to Earhart. They did, however, find a bunch of rocks that were the same size and shape as the supposed landing gear from the photo, according to the Times.

One expert consulted for the article was not surprised given the plane’s composition and that so much time has passed.  There have been many theories about what happened to Amelia Earhart and her co-pilot Fred Noonan. Most have concluded the plane must have crashed in that area but evidence has been scant but it is the most promising. Bones found in a Tarawa museum are being checked and a temporary campsite found on Nikumaroro is being tested for DNA.

National Geographic funded the expedition and will release a documentary on it.

Historical based movies or television series are often matched with the history they depict. Historical fiction is where historical events or people are present but the actual story is fiction. Herman Wouk’s Winds of War is an excellent example. The journey of the Henry family was fictional though set during the events of World War II.

James Cameron’s Titanic is a great movie, won numerous awards, and still gets praise today. The central characters were fictional but took place on the Titanic. Cinema Blend took a look at the movie and compared it to what really happened. They found it was mostly accurate but not completely. Jack and Rose were fictional but most of the supporting characters on the ship resembled their historical counterparts. Cinema Blend notes adding this made the story telling better especially in the case of Ida and Eva Strauss holding hands.

Other things such as the barricades or guns being fired were more conjuncture than real. Yet they provided emotional drama for the movie, which is why they were there. The key to remember is that filmmakers will tinker with historical details for a variety of reasons. In really bad ones they shift a lot of things around for drama rather than historical accuracy.

For instance Scarlet and Black, a 1983 miniseries, was based on the real life exploits of Monsignor Hugh O’Flaherty. O’Flaherty helped allied prisoners of war (and others) in Rome during World War II. But it strayed quite a bit from the historical source material it was based on for entertainment purposes. So while highly entertaining, much of the telling was altered.

In this case Cameron stayed more or less with history when it mattered. And let Jack and Rose be exactly who they were in the movie about their fictional love story.

For information about Christopher Columbus, here are some sources online to view:
Britannica Online
History.com

Titanic Survivor’s Guilt Over Escape From The Sinking Ship Revealed In Messages Set To Sell For £50,000 (Telegraph, 10 Oct 2019)

Mr Harrison was Mr Ismay’s personal valet and the collection includes a four page letter he wrote home to his wife Ann Harrison about how he was “fed up” with spending hours writing letters to post for Mr Ismay. Days after the tragedy Mr Ismay wrote to Mrs Harrison via telegram: “Words fail to express my sorrow at your terrible loss. “Am overwhelmed by this frightful calamity.”

Once Halloween season kicks in, it is inevitable you get stories with a supernatural tilt to it. The folks who run the Scottsdale, Arizona Titanic Exhibit are no exception. For the Halloween season they are adding a “ghost walk.” According to AzFamily,  on select days “visitors can walk around the haunted galleries and hear the ghost stories from the exhibit’s staff about the artifacts.” Apparently there have been claims of spirits and other things alleged to have occurred at the exhibit. A local psychic is also going to be on hand to add more ambience to the event. About the only thing missing is a ouija board.

BBC News is reporting that a cross made from Titanic wood is up for auction. It was made by Samuel Smith who was aboard the recovery ship S.S.Minia. Wood from Titanic was used by Smith to fashion a cross in honor of the victims.

Source: Wooden cross made from Titanic oak to be auctioned (BBC, 8 Oct 2019)