Stephen King’s Christine was about an evil car that terrorized people. Now we have a Titanic replica that may be haunted.

Wyatt Jason Moore (aka Chuck) built a nine foot long Titanic replica that looks pretty cool complete with crewman, children playing on deck, ladies in period costumes and even someone walking a dog. But when he examined photographs of the replica he began noticing something not easily seen by the naked eye.

An unexplained image in the portholes just above the life boats – on the port side of the vessel. According to Chuck, it looks like a bald headed man with a handle bar mustache looking out. And he just recently identified a woman in one of the portholes appearing to lean forward to see the view.

So let me understand this. These are ghosts peering out of small portholes on a Titanic replica that can only be seen by examining photographs. Sort of like those ghosts that can only be “heard” when you leave a tape recorder around a graveyard or old house.

Well the good news is that he intends to partner with a museum so the Titanic replica will be heading there. So if the ghosts decide to get more active, it will be their problem and not his. 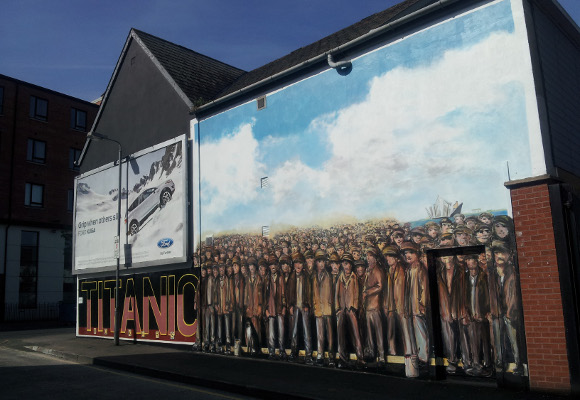