Jay Leno loves vintage cars. In fact he claims that buying vintage cars is cheaper than having lots of women! Back in 2005 he bought a vintage car–a 1931 Dusenberg Model J–that belonged to John Straus, the grandson of  Macy’s found Isador Straus. Both Isador and his wife Ida perished when Titanic sank in 1912. Leno thought he had gotten a good deal for $180,000. The car though was not in very good shape due to water damage and neglect. But with the help of a restorer and lots of work, the car has been restored to “better than new” according to news reports.

The car had been stored since 1931 in a leaky garage contributing to its poor condition. In 2005 the garage sought $22,000 in fees. The fees were apparently paid but the garage auctioned off the car anyway (whether this due to an oversight or something else the article does not make clear). What is clear is that Leno got the car and a lawsuit from the Straus family claiming the auction was a sham. The argument seems to have been Leno was in cahoots with the garage to get the car.

The legal action was just settled. As is the norm in such matters, exact details are always confidential. News reports indicate that while the Straus family got money, it did not come from Leno. The car itself was never very pretty said Leno. It was built to ferry wealthy people around New York City. Leno does enjoy driving the car around reliving the days of yesteryear.

Eric Bernard Tordjman’s father and grandfather once participated in a lavish Titanic dinner in 1952 at the Trianon Palace Hotel in Versailles, France. Now the grandson plans to offer a Titanic dinner at his Bistro Restaurant at Lake Las Vegas. The Henderson Press reports:

Chef E. Bernard is committed to recreating that experience – without adjusting for inflation. Starting at seven bells shipboard time (7 p.m. for others), those booking passage will be greeted, given a White Star Line “Boarding Pass” and seated for an unhurried evening of sumptuous epicurean dining. Music of the day will be played on piano, violin and guitar – recreating the same make-up of musicians that played aboard the Titanic. Various special decorative touches will help complete this bygone shipboard ambience and elegant dining experience.

The first menu being served includes meals served about Titanic. Subsequent weekly dinners every Thursday offer either three or five course meal that includes champagne, an unhurried pace, and pastries prepared from recipes served on Titanic.

Be prepared to fork (no pun intended) over lots of buckzoids. The three course meal is $45 per person, the five course $65.

Replay users got a shocking message yesterday when they turned on their televisions and checked the program guide:

The ReplayTV Electronic Programming Guide (EPG) Service will be permanently discontinued on July 31, 2011. After this date, owners of ReplayTV DVR units will still be able to manually record analog TV programs, but will not have the benefit of access to the interactive program guide. Effective immediately, monthly billing for the ReplayTV service to remaining customers has been suspended.

The industry conversion to HDTV is complete and ReplayTV DVRs are unable to take advantage of the wealth of HDTV programming. Please contact your service provider for current offerings.

Needless to say the reaction from Replay users was shock, dismay, anger, and resignation. Many said they knew this day would come. Replay was once the leader in the digital video recorder industry and considered better than Tivo at the time. Through mismanagement and bad marketing campaigns, Replay fell behind while Tivo became a verb (to tivo). The company changed hands several times and gradually the brand faded into the niche legacy market. Replay has its fans though. Lots of them who love their units and despair at how such a good product ended up being left behind.

But the question today for Replay users is how to use the units after 31 Jul 2011. Without a channel guide, the unit is pretty much just a hunk of metal sitting on the shelf. PC users have some options using third party software to download schedules but Mac users are out in the cold here. Worse though comes information that the entire Replay operation is being shut down from servers, tech support and the website. A posting on the AVS site and Planet Replay relates the grim news when someone called up to find out the details:

“Here is what I learned: Everything is closing down on 7/31- Despite what the official word was to users, there will be no way for the units to do anything once the system shuts down for good. No clock the servers, tech support, the website. No servers means no clock or channels, and you will not be able to choose a provider. The blaster codes are on the hard drive of the units, so if you manually enter a channel, it can send it to the cable box. You will not be able to choose a provider, so you will not be able to get channels, or a blank channel guide. All recording setups will disappear. Any on-going (record every week, etc), will be gone. They have no idea how anyone will even be able to manually record since you will need the clock to be in sync and channels (which cannot be manually entered since you have to get them via a provider) to do this. They hope to get clarification on this later.”

In short, the message to Replay users is you have scrap metal. There will be no ability to manually record anything since the unit needs to have both a clock set and channels downloaded based upon the provider. Unless you can use third party software that can feed the information to the unit, your Replay unit will do nothing. For those who bought lifetime service (like me) it is really bad news. We paid upfront to avoid a monthly fee. Even if lawyers get the company to cough up money, it will not be much.

No doubt many will find creative ways to keep their units going but for most it will mean the end of a great dvr.

There is hope though that some will pool resources together and buy the rights to keep ReplayTV going. They would set up the necessary servers and then allow the service to continue. It might be limited with only a few telephone numbers and a fee charged for the service (perhaps with discounted plans if you purchase for a set number of years) but for many Replay users it would be worth it. Most have no desire to go that other dvr with a T in it. Moxi is too expensive and has mixed reviews.

And so the story is not quite over yet. Hope still exists but in the short term come 31 July ReplayTV service as we knew it comes to an abrupt end. 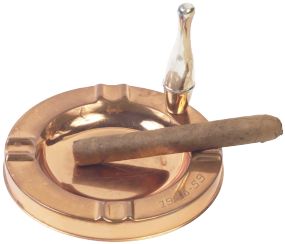