Okay so you are at a party and you are served a drink with a ice cube in the shape of a ship. Not just any ship but resembling RMS Titanic. Do images come to mind of the star-crossed lovers of Cameron’s Titanic? How about the terror those aboard felt in those final moments? Or will just laugh it off as a joke as the people at Fred and Friends hope you will? After all they are just ice cube molds, right?

I can say, with some authority, what many in the Titanic community would say and it would not be printable here. Some of the printable words are disgraceful, tacky, disrespectful and that is on the mild side. There have been many Titanic themed products over the years, some very nice collectibles and others just tacky like stuff sold to tourists at Fisherman’s Wharf in San Francisco.

Perhaps the best place for them is where tacky already is. I recommend any MTV reality show but if tacky is as tacky does, then send it the house where the cast of Jersey Shore is staying. Ought to make for some interesting television. :-P

A recent travel write-up noted how much Belfast has changed since peace began.

“When I first visited Belfast in the early 1980s it was an uninviting destination by day and a ghost town by night. The Provos were blowing up the place and their Loyalist street rivals were retaliating with murderous intent. Dickens once described Belfast as “a fine place with rough people”. He was wrong. Belfast people are supremely friendly but the place used to be as dangerous as a tin of Spam left out in the sun.”

On a more recent visit, he found the place well worth visiting. ” Belfast is born again. The City Hall commands views over grand hotels, smart shops, handsome public buildings, an ice hockey arena, waterfront apartments with jetties and scores of hip restaurants. Shoppers are everywhere. Gunmen, police and soldiers are nowhere to be seen. Salmon have returned to the Lagan. The normality is surreal.“

During his trip around the city, he went to where Titanic was built and noted: “Unexpectedly awestruck, I’m looking into the massive dock on Queen’s Island where the Titanic was built: 39 metres wide, 259 metres long, 13 metres deep. Belfast once led the world in shipbuilding, linen manufacturing and rope making. There were 49,000 ship workers alone.”

The picture at the top is from the Belfast City Council and shows the 2009 Christmas celebration. One bit of discord is that big wheel you see there. It blocks entrance to the Titanic monument there, which has caused a row between the local Titanic group and the city leaders. You can read about it at the news side of the site. Hopefully the next time they put it up they are more mindful of not blocking the Titanic memorial that likely tourists will want to see. After all that is what they are spending millions of pounds for in the first place. 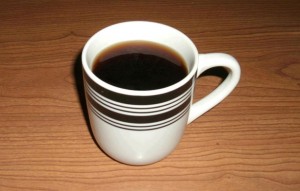 article. She laments that British coffee was not up to snuff when compared to what you find elsewhere in the world.

“I love my country. I love our sense of humour, our pubs, our theatre and I don’t even mind our weather. But when I fly back home from a holiday, there’s one sight that makes me want to jump into the luggage hold and wait until the plane turns back. That is the brightly lit, maroon colours of a Costa Coffee. It’s the beleaguered businessman queuing up to pay £2.50 for a weak, lukewarm “cappuccino” with enough froth to sink the Titanic.” (“Coffee: Are We Finally Up To World Cup Standards?,” Times Online, 8 Dec 09)

I must give the writer credit for using something different with the cliche. Normally it is about rearranging the deck chairs or how (whatever the subject is about) is steering into the iceberg. I believe this is the first cliche that uses cappuccino and froth in relation to Titanic. In case you are wondering, the writer has found hope for coffee in Britain. Starbucks and other high end coffee shops are bringing real coffee to the populace. 🙂

The Titanic Cliche is really popular these days when talking about the economy. Cenk Uygur over at the Huffington Post recently blogged about the renomination of Fed Chief Ben Bernanke. And once again RMS Titanic makes an appearance:

“I had large misgivings about Ben Bernanke before his hearings began. He’s given credit for steering our economy to safe shores after we hit an enormous economic iceberg. First, I would argue we are nowhere near safe shores. Second, why are we rehiring the guy who steered the Titanic into the iceberg in the first place?”

Poor Captain Smith. Not only the captain of a ship that collided with an iceberg and sank, but now tied to sinking an economy as well. 🙂