Titanic 666 -The Sequel Nobody Wished For
Pop Geeks, 28 May 2022
https://popgeeks.com/titanic-666-the-sequel-nobody-wished-for/

This review of the horror movie on Tubi (a free Internet streaming channel) says what most think of it. Did we really need a Titanic-themed horror movie? Worse setting it aboard a Titanic replica? You really have to wonder who the audience is knowing it would likely get trashed in reviews like this. Certainly not true enthusiasts of the original ship nor those who love the movie made by James Cameron. Perhaps this was an ego driven production by someone who had enough connections to make it happen. They had to know this would not get much in rave reviews. Instead of direct-to-dvd which many low rent productions head to, now it is direct to streaming online! There are only two actors I recognize on the cast: Jamie Bamber and AnnaLynne McCord. Michael Cain was once asked why did take some acting jobs in stinkers. He replied he needed the money. I would guess with those two actors that was the case or they owed someone a favor.

The following researchers will be on the video call to answer your questions and offer an eye-opening look at what mysteries the 110-year-old shipwreck still has to reveal:

According to Radio Poland, Titanic: The Exhibition is at Kraków’s Forum Hotel. According to the news report:

The exhibition also documents the stories of a group of passengers with Polish names such as Ostrowska, Paw?owski and Paw?owicz. The victims of the tragedy included a Polish Roman Catholic priest named Józef Montwi??, who was traveling to the United States to take over a parish in the state of Massachusetts. He is said to have refused a place on a lifeboat.

Plaque To Commemorate Hatfield Man Who Died On Titanic(Welwyn Hatfield Times,15 Jul 2017)
The council’s Blue Plaque Scheme aims to promote the recognition and awareness of people, places and events which have been of lasting significance to Hatfield. Town council leader Lenny Brandon said: “I’m extremely pleased to introduce this exciting new initiative to Hatfield.” It is hoped that Joseph’s official plaque will be unveiled in the town later this year.Further details about the scheme can be found on the council’s website www.hatfield-herts.gov.uk

£28 Million Titanic Hotel Unveiled(Irish Times,5 Jul 2017)
Harcourt Developments is behind the 119-bedroom Titanic Hotel Belfast in the former Harland & Wolff drawing offices, where the plans for the Titanic itself were dreamt up in the 1890s. It will be the eighth hotel in the multi-million pound company’s portfolio, sitting alongside a collection of properties in locations from Liverpool to the Caribbean. Harcourt – who’ve been front and centre of the Titanic Quarter regeneration over the last decade – flung open the showpiece hotel’s doors to the media ahead of letting its first overnight visitors (rooms start at £160 a night) get their heads down from September 10.

Former Titanic Drawing Rooms Restored(BBC News, 4 Jul 2017)
A £5m renovation project has restored the historic drawing offices at Belfast shipyard where plans for the Titanic were made. The two arched rooms were at the heart of the old Harland and Wolff headquarters building.

Thousands Of Titanic Artefacts To Be Sold After Owner Goes Bankrupt (antiquestradegazette.com,4 Jul 2017)
Experts predict it is unlikely the court will allow a public auction and instead the items will have to be sold to an institution. However, if they were to come to auction it is likely UK auction firm Henry Aldridge & Son in Devizes, which holds regular Titanic memorabilia auctions, would be among the auctioneers considered for the job.

Clive Palmer’s plan to build Titanic II appears dead but a Chinese full size replica is on course to be built. According to China.org.cn a full size replica will be assembled at the end of this year. The replica will be the exact size of the original Titanic and will cost 1 billion yuan. Everything from door knobs to menus will look as if it was on the original Titanic (except some modern necessities as needed of course). The replica will also employ the use of a Titanic Sinking Simulator so that visitors will experience what it was like to be aboard when the ship was sinking. The replica will be permanently docked at a theme park in the Qi River in Daying County, Sichuan. It is scheduled to open in 2018.
Source:Life-Size Replica Of Titanic To Be Assembled Late This Year(China.org.cn,17 Aug 2016)

Titanic Belfast just celebrated its three millionth visitor recently. Since it opened in 2012, Titanic Belfast has seen a steady stream of tourists from all over the world. They recently had their busiest day when 4,200 people came through the doors beating down previous numbers. Titanic Belfast chief executive Tim Husbands notes “We have spent over £1m refurbishing and refreshing three or four of the galleries because obviously Titanic is a story that can be told in so many different facets.”
Source: Titanic Belfast Welcomes Its Three Millionth Visitor(Irish Times,15 Aug 2016)

Seven rare artifacts will have an extended stay at the Titanic exhibit at the Luxor Hotel & Casino until August 1, 2016. Those items are:

After August 1 they are scheduled to return to the conservation facility where they will only be available to researchers. 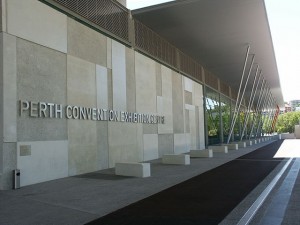