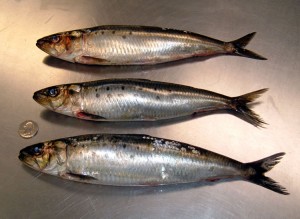 The MasterChef Junior competition is moving quickly. Since they toss two at the end of each show, this season is quite short unlike the regular MasterChef which goes far longer. Now so far we have seen these kids take on some amazing challenges and come out well. As posed in my first writing about this show–Are These Kids Really Kids?–we are slowly learning about them. For instance when Gordon asks Sarah how she learned to cook, she mentions her grandmother owns a restaurant and she went there with her mother. Which means she got exposed to cooking skills at a much younger age than most girls.

It still begs a question though as to how these kids can perform at a skill level seemingly on par with MasterChef contestants. Last season we saw some phenomenal cooking from very talented individuals. Yet if we believe what is being shown, these kids are on par with Luca, Natasha, Jessie, Krissi, and Jordan of season four. Remember those chefs already have at least 18 years of amateur cooking behind them (most quite more). Becky of season three had remarkable presentation skills owing to her being a food photographer/stylist. She also was a very good cook and showed it often. MasterChef producers are trying to tell us that adults and kids can cook almost on par. In fact, it seems the mantra of this show to demonstrate that kids can have the same, if not better in some cases, cooking skills than adults. Does anyone else think there is something amiss here?

Consider the most current episode. They are given a mystery box no kid would ever want to have. You had kidneys, liver, sardines (whole with the eyes still in it), brussel sprouts, snails, blue cheese and other things. Not one kid showed any happiness with this box, especially Sarah who commented this was not like gummy bears. Oddly a whole canister of those things would appear on the balcony later. And Sarah, who normally stands on a box to let her stand above her station, was barely with her hear above it. Either she decided to do away with it or the director thought it might be cute to see how small she really is. Standing on tip-toes she barely makes her head above the station. I think the lift was brought back later so she could cook.

Perhaps the person who took the greatest risk and failed was Dara. She decided to make blue cheese souffles. No one on the show ever makes a souffle unless it is a pressure test. And some of the most hideous pressure tests have either been ones with souffles or lava cakes. It was daring, it was bold. Alas they did not set and thus did not work. Gordon did offer a tip or two on how to prevent that from happening again. Alexander decided to make toffee sticky pudding with candied fennel. Candied fennel? Not something you think about at all nor as an ingredient in sticky pudding, a very English dessert. Fortunately for Alexander, Graham loved it wishing there was more toffee pudding. Gordon said it was technically done right but did not like the fennel (no surprise there). It is good enough to put Alexander into the top three though.

Troy does a soup with snails and crisps eggplant skins. His soup is praised for keeping the snails moist. He also goes into the top three. The final person is Sarah, who made a Mediterranean style dish and deep fried the sardines in a batter. Joe loves it and even bites the head off a fish. We find out during the conversation between them she does not like clowns much (thinks they are creepy-I think the same thing about mimes). Joe thinks the others ought to be afraid of her. Gordon also loves her dish. Sarah wins the challenge and heads back to learn the elimination contest is about desserts. Joe puts up cupcakes, Graham a three layer cake, and Gordon fruit tarts. Sarah chooses the cake and hopes to eliminate Alexander and Troy. And when she heads upstairs to the balcony, there is a huge container of gummy bears awaiting her.

Sarah’s Arrows
Sarah may be eight years old but she clearly understands strategy. Alexander is not a great baker and so worries he might do poorly. He then decides to go all in overcomplicating his cake and making a critical mistake early on by confusing sugar with flour. Dara decides to make a cake to make up for her failed souffles. Gavin decides to go all chocolate. Sofia is nervous since she does not eat cake at all. Sofia does not eat cake and never made one before. Kaylen worries about how complex a cake is.Jack has smoke coming out of his mixer and Joe is concerned. Jack though is not worried. Sofia is crying because the batter came out all wrong. Gordon consoles her and then helps get her back on track. Actually this was a side of Gordon we do not see very often where he is acting like a mentor.

Gordon joins Sarah on the balcony and enjoys a gummy bear with her. He asks what her top two are which she replies are Gavin and Jack. And then she says something astonishing. She wants Jack to think they are friends and quotes the famous line ‘Keep your friends close and your enemies closer.’ Gordon is surprised to hear her say this considering what it means. It is comes from Machiavelli who advised rulers on how to keep friends and enemies in perspective. There are many variations of it but the most famous one is from Godfather II, and a clip of being said can be found here.

When you hear a little girl say this line and seems to grasp its essential meaning, it ought to make one a tad worried. It does me.

Time is up and now cakes are being judged. Alexander had problems with his first batter and had to restart it. Also his sponge came out of the oven looking pale. Sure enough they did not cook long enough, dense, but the frosting was good. Not a strikeout but a foul ball. Dara wows the judges with a magnificent cake that looked and tasted great. She used cayenne pepper in her chocolate ganache giving it a flavor Joe liked. A home run. Kaylen brings up a cake that looks like an abstract painter did a number on it. The sponge was dense and Gordon points out that layer cakes need a wow factor. And this one did not wow. A strikeout. Gavin’s all chocolate cake got rave reviews and Joe revealing an old kid’s trick for eating cake inside out. A home run as well. Jack’s vanilla and meringue buttercream was good and light but not the wow of Dara or Gavin. Valiant effort but more like an infield double. Troy’s lemon cake looks uneven due to the heavy frosting and was too sweet. A solid double as well. Sofia’s chocolate with raspberry/strawberry buttercream had the layers mashed and uneven frosting. A strikeout as well.

The bottom four are Alexander, Kaylen, Sofia and Troy. Kaylen and Sofia end up going home. Sarah had targeted Alexander and Troy and both were in the bottom. Sort of like James and Jordan in the last season of MasterChef who tended to overcomplicate their dishes. Once again confirming my belief they are trying to make these chefs on MasterChef and MasterChef Junior indistinguishable except for age and size. In doing so, MasterChef Junior may loose its charm. They are not kids, just masterful cooks trapped in small bodies being held back by age. Something is being lost here but that is a discussion perhaps for another day.

By the numbers:Friday’s ratings are in and according to TVByTheNumbers Undercover Boss won the 8:00 hour with a rating of 1.8, MasterChef scored 1.2, down 14 percent from 1.4 last week. Last Man Standing came in third at 1.3 (up 8 percent from last week).